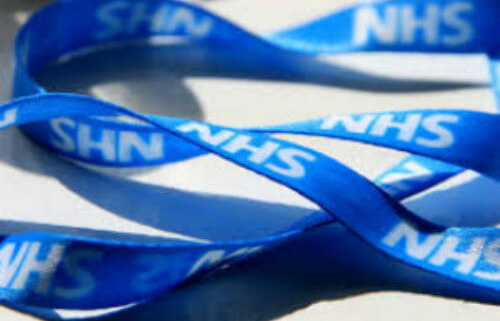 A top heart surgeon who found himself on the receiving end of discrimination in the workplace after speaking out over a number of controversial failings within the NHS has been awarded a massive £1.2 million at an employment tribunal.

This ruling was granted to Dr Mattu a full fifteen years since he initially expressed his concerns over patient safety. Speaking of his struggle he stated that he was ‘vilified and bullied’ following his 2001 claims about conditions at Walsgrave Hospital in Coventry.

His revelations  were a reaction to the deaths of two patients which was caused by overcrowding in hospital wards; a tragedy that Dr Mattu’s employers at Walgrave attempted to cover up. Mr Mattu claims that the blame for at least two of the deaths is down to the dangerous practice of having five patients staying inside hospital bays designed for just four people.

One instance documented as part of Dr Mattu ‘s whistleblowing involved him and two senior nursing colleagues investigating a report regarding the death of a 35-year-old patient as a result of doctors not being able to physically reach him with necessary medical tools due to him being kept inside an overcrowded bay.

The original tribunal of Dr Mattu’s case took place in April 2014, when it was determined he suffered unfair dismissal for his actions and subsequently had his reputation tarnished by former employers at Walsgrave Hospital. At a recent tribunal in February 2016 it was finally decided that a sum of £1.22 million compensation be paid to him as the tribunal ruled Dr Mattu’s actions were upheld by whistleblower legislation for which he suffered unfair result treatment as a result.

The ruling also judged that the NHS Trust had previously held a disciplinary hearing against Dr Mattu knowing that he would not be capable of attending as he was in poor health at the time. He was eventually dismissed by the trust in 2010,and only received notice of the decision as he lay in his hospital bed during a period of suspension from work amid claims he had bullied his co-workers.

It is estimated that upwards of £10 million pounds worth of public money was spent on legal fees and tribunal costs in an effort to silence Dr Mattu, implemented under the influence of personnel in charge of the Trust of Coventry and Warwickshire University Hospitals.

During a 2014 interview Dr Mattu spoke of his unfair treatment: ‘Instead of listening to me, embracing what I said and working with me to improve conditions for patients, trust managers tried to destroy me. It was a form of torture. Patients have been betrayed. Even today, there has still been no investigation into the deaths that I witnessed”

With the case finally complete and the ruling in his favour, Dr Mattu has expressed the impact that the case has had on his life and those of his family: ‘The overriding feeling I and my wife have is relief that there is finally a full stop. For the first time in 15 years I can look forward and plan things for the future.’

A source close to Health Secretary Jeremy Hunt has noted that case is a prime example of why hospitals need to do more to ensure the concerns of whistleblowers are heard. Dr Mattu has been working with Mr Hunt in recent years in order to establish the Freedom To Speak Up campaign; an platform to protect whistleblowers within the NHS and ensure all issues from staff are acknowledged and acted upon. Mr Hunt explains: ‘Ensuring that staff are listened to when they raise concerns is part of what we need to do to make the NHS the safest healthcare system in the world.

Responding to the tribunal ruling, the NHS Trust of Walsgrave Hospital has also issued a statement: ‘While £1.2 million is a large amount, it is a significant reduction from the original claim and has finally resolved this matter. We accept that it has been difficult for all involved and are relieved that this case has now been brought to an end.’