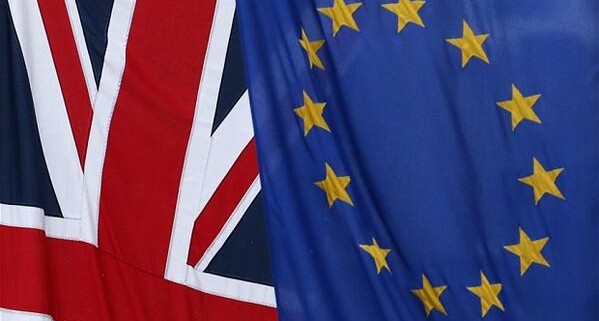 Now that everybody has finally gotten over the shock of Britain choosing to leave the EU, the government can begin the process of evaluating, and if necessary reordering, elements of UK employment law across various working sectors.

But what exactly can employers and employees expect to see changed? Will anything actually be altered?

David Davis, the B Secretary of State for Exiting the EU, has hinted that no radical changes will be taken. Posting his views on the Conservative Home website, he states: “All the empirical studies show that it is not employment regulation that stultifies economic growth, but all the other market-related regulations, many of them wholly unnecessary”.

However, a Britain now free of EU regulations has a huge number of opportunities available that will surely at least be considered. Read on for an insightful, although admittedly speculative, assessment of what the consequences of Brexit could be for UK employment.

Abolishing EU law
The remain campaign was insistent that many of the employment benefits we currently enjoy were implemented by the EU. However, a quick review of this claim shows that much of the existing legislation was actually formed via British courts, much of it in accordance with The Equality Act 2010.

Any effort to dismantle these existing laws would be difficult to undertake due to the unrest it may cause if the expectations that workers are accustomed to get removed. The government will not want to make any disturbances that pose a threat to the current unity of UK employment law.

Before Brexit, Labour leader Jeremy Corbyn suggested that there would be a “bonfire of rights” if Britain left the EU. For example, can you imagine how unpopular the government would be if the current employment legislation relating to constructive dismissal, discrimination rights and working time regulations were altered?

Not making major changes to existing law also means there will likely not be no major break from the guidelines presented by the Court of Justice of the European Union (CJEU) and European Court of Justice (ECJ), thereby quietly re-enforcing certain aspects of EU employment law regardless of the freedom Brexit brings.

Rather than change existing laws, it is just far more likely that any new EU legislation passed in Brussels will find much less support for implementation into British law and be judged more sharply.

Curbing immigration
A large reason for the Brexit vote was concern over immigration, and removing the EU Freedom Of Movement law will certainly create major changes for UK employment practices.

Business owners must be aware of the forthcoming new rules for hiring migrants and what the consequences will be for not following them. Those EU workers already in Britain are likely to be granted permission to stay, but hiring new EU employees will probably soon reflect the legislation familiar with non-EU countries, such as the point-based migration system used in Australia.

Holiday allowance
One area of employment law that is likely to undergo alteration is holiday allowance. The allowance that UK workers currently enjoy is a result of the EU Working Time Directive; legislation that clearly details the holidays an employee is entitled to in accordance with their contract. However, industry personnel are expecting considerable alteration to this area of law, and Frances O’Grady of the Trade Union Congress recently stated that the six million Trade Union members whose employment corresponds specifically with the Working Time Directive will be heavily affected.

The most probable changes to holiday allowance will involve the means by how holiday pay is calculated, and the various controversies that surround the 48-hour working week. Although, the extent of these changes are unlikely to be large. David Davis has noted the unfairness that swift changes could cause: “The great British industrial working classes voted overwhelmingly for Brexit. I am not at all attracted by the idea of rewarding them by cutting their rights.”

Transfer of undertakings
One area of employment law that has proved unpopular with UK businesses is the Transfer of Undertakings (Protection of Employment) Regulations 2006, commonly known as TUPE.

Since TUPE was first introduced in 1981, it has been the primary legislation to protect worker rights in situations where there has been a transfer of undertakings or service provision alteration, as outlined in the agreement of their contract,

Brexit may prove to be the perfect opportunity for the government to alter TUPE, but such changes will likely be made gradually to avoid employee upset. Because TUPE plays a strong role in protecting workers, Unions must also be vigilant when challenges by big businesses appear. David Davis has noted that “Britain has a relatively flexible workforce, and so long as the employment law environment stays reasonably stable it should not be a problem for business.”

Exactly when employment law changes will take effect is unclear, but Theresa May has spoken about of her intention to wait for the government to agree better trade deals before Article 50, the official name given to the formal notice of leaving the EU, is implemented.