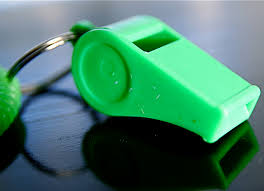 Scottish parliamentary member Cameron Buchanan has praised an Edinburgh whistleblower who recently revealed the shocking conditions that exist at a top care home in the city.

Buchannan said the individual had ‘shown courage’ in coming forward and that there will now be a full investigation into the situation which involved the abuse of many of the home’s 53 residents, explaining: “While abuse in care homes is not prevalent, it is more common than people think and if there is any truth in these allegations, it would be very disturbing.”

As of yet no workers have been charged with a crime but the evidence involved is said to strongly support a case for abuse.

Managers from Four Seasons Health Care, the organisation that owns Colinton facility through the subsidiary firm Brighterkind, are assisting police with their enquiries. The owners have also expressed support for the whistleblower and are pleased that it was they who passed on the whistleblower’s concerns to the appropriate authorities as part of their “active whistleblowing policy”, which they encourage at all the 350 care homes they manage around the UK.

”The well-being of the people in our care is our priority and we have an active whistle-blowing policy that encourages our residents, relatives and staff to raise any concerns they may have about any aspect of care and these are always followed up and referred to relevant authorities as appropriate so that they may be investigated in a thorough and transparent way”.

Colinton Care Home is no stranger to controversy. In may 2007 nurse Jeffrey Ednalan, 34, received a fifteen month jails sentence for abusing patients at the home. This abuse included two counts of indecent assault and involved an occasion in which placed a deodorant can in the mouth of a 95 year old man prevent him from shouting.

The freedom to Whistleblow at Scottish NHS facilities has been placed under scrutiny in the past, leading to a series of reform plans in 2014. This revision resulted in the introduction of “whistleblowing champions”; individuals whose job it will be to encourage potential whistleblowers with their concerns and assist them with speaking out.

This announcement was made shortly after a UK government report named Freedom to Speak Up (written by Sir Robert Francis) was issued. This report revealed the experiences several whistleblowers underwent, bringing to light a culture of intimidation within the NHS that resulted in whistleblowers being bullied and isolated from their peers after speaking out.

This report caused shockwaves in Scotland and moved Scotland’s Health Secretary, Shona Robison to remark that she wants all NHS staff to “have the confidence to speak up without fear” about patient safety.