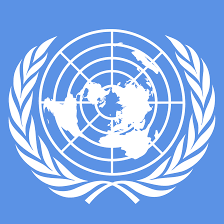 A recent report concerning the ostracising of a former United Nations worker who reported the rape of a refugee in Sri Lanka is just one of many recent legal controversies to hit the UN.

Ms Caroline Hunt-Matthes has been involved in a decade long legal struggle against UN officials on grounds that her disclosure about the refugee resulted in her sudden dismissal from her position while on a period of planned leave.

Ms Hunt-Matthes has explained her concerns regarding the UN’s treatment of whistleblowers: “The bottom line is the UN is not a safe working environment at the minute. You can’t report misconduct and be protected”.

UN ethics in response to employee complaints was recently the subject of a study by the Government Accountability Project (GAP). The study, conducted in July 2014, found that a total of 447 separate complaints were issued by UN employees due to concerns about how they were treated by the UN after speaking out.

For this study, GAP examined 135 of the 447 cases and concluded that at least fourteen of the claims were genuine and resulted in negative treatment towards the whistleblower by the UN.

This shockingly high number of claims was criticised by GAP’s International Director, Bea Edwards, who claimed the number of whistleblowers receiving efficient support from the UN is “abysmally low”. She explained that the GAP now plans to assess many other recent cases of whistleblower discrimination which were not dealt with efficiently.

Other recent accusations concerning corruption within the UN has involved incidents of violence perpetrated by soldiers while on peacekeeping missions. This includes acts of rape and exploitation that sometimes involve children.

One shocking case comes from a report issued by Amnesty International. It details the killing of a 16-year-old boy and the rape of a 12-year-old girl by peacekeepers from the UN Multidimensional Integrated Stabilization Mission while on a Central African Republic peacekeeping mission.

The report alleges that the primary reason that actions like those of this case were covered up is because the countries involved in such crimes want to hide the behaviour of their soldiers from the rest of the world.

There is an implied threat from some nations that if their soldiers are named the country will pull its troops out of UN peacekeeping missions, thus depleting the status of the UN as a global military alliance.

Numerous horrific claims of violence by UN soldiers has led to much criticism of the UN, and has moved the organisation’s secretary general, Ban Ki-Moon, to announce that any nation whose soldiers have been found to have committed crimes like these will have their troops put on trial.

He also stated that the UN’s preventing sexual violence at the hands of peacekeepers was “a number one priority” and international observers that these recent cases have not been ignored.

Lloyds Trader Claims He Was Fired For Whistleblowing
Scroll to top