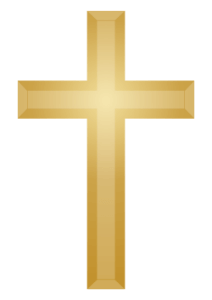 A gay clergyman who claims he was denied the right to become a hospital chaplain after marrying his lover has lost a discrimination case against the Church of England. Canon Jeremy Pemberton claims that in addition to being denied career opportunities he was also harassed by his bishop, Richward Inwood, due to his personal dislike of homosexuality rather than acting on behalf of the Church of England as claimed.

Canon Pemberton believes that such treatment was in breach of his human rights and violates the UK 2010 Equality Act that grants him the right to officiate as a priest and possess a licence for chaplaincy; a qualification that would have allowed him to work as a bereavement manager at Sherwood NHS.

At tribunal, bishop Inwood, who is the incumbent bishop of Southwell and Nottingham, denied discriminating against Canon Pemberton on personal grounds and stated he was acting in accordance with church doctrine that forbids same-sex marriage.

The Nottingham employment tribunal ruled in favour of bishop Inwood and has supported his decision on grounds that there are a number of alternative options available which would allow Canon Pemberton’s relationship with his partner, Mr Lawrence Cunnington, to be officially recognised by the Church of England, such as entering into a civil partnership.

Canon Pemberton’s legal team dismissed these options by arguing that such alternatives do not prevent discrimination, as they still deny Canon Pemberton and his partner the right to a conventional marriage; a union the two believe should be made available to them as it would any heterosexual couple.

During the tribunal proceedings the judge heard how Canon Pemberton had previously been married to a woman with whom he travelled with while working as a priest. It was revealed that Pemberton did not recognise his true sexuality until 2006 after he suffered a mental breakdown before divorcing his wife and resigning his position at his ministry.

By 2008 Canon Pemberton was in an openly homosexual relationship with his future husband. During that same year he swore the oath of canonical obedience to his bishop and became a licensed community chaplain in the Southwell and Nottingham diocese.

Reacting to the verdict, Canon Pemberton stated “We are obviously very disappointed. Our lawyers have considered the judgement and are in the process of preparing the grounds of appeal for submission to the Employment Appeal Tribunal”. He also expressed gratitude to the public who have shown support for his case throughout the proceedings.

The tribunal verdict was well received by the Diocese of Southwell and Nottingham. A spokesman for the organisation released a statement:

“We are thankful to the tribunal for its work on this complex case and for its findings in favour of the Right Rev Richard Inwood, on all the claims made against him. We recognise that it has been a long and difficult process for all concerned, and we continue to hold them in our thoughts and prayers […] We remain engaged in the on-going shared conversations across the wider Church of England that are exploring questions relating to human sexuality”