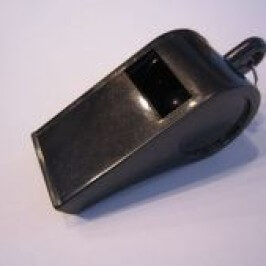 The most prominent mental health trust in the UK has been forced to admit wrongdoing over its treatment of a whistleblower who spoke out over alleged bullying and harassment occurring at the trust. The NHS has now acknowledged that Dr Hayley Dare’s claims were made in good faith and in the interest of the public.

Dr Dare spoke out about a culture of bullying and harassment occurring at 32 institutions currently operated by the West London Mental Health NHS Trust, which includes locations such as Broadmoor high-security hospital. The claims were rejected and even mocked by NHS bosses when Dr Dare first made her claims in 2013.

During a conversation with trust officials, Dr Dare was referred to as a “very disturbed woman” by chief executive Mr Steve Shrubb, who then made unflattering comparisons between the doctor and his own ex-wife in a verbal tirade designed to undermine her credibility both personally and professionally. During the recent tribunal Mr Shrubb apologised for his comments.
The NHS spent a total of £130,000 during its effort to refute the claim even though the organisation admitted it has numerous bullying and harassment issues existing at its facilities around the UK.

Official NHS staff surveys released in 2012 and 2013 clearly show that out of the 51 NHS mental health trusts, the West London Mental Health NHS Trust has by far the poorest records in regards to violence happening against staff due to0 the actions of both patients and colleagues.

This includes nearly a twelfth of all employees who experience a case of physical violence at the hands of a peer. Other results show that 30% of staff at the trust were bullied or harassed in some way during 2013, and that 26% of these cases include acts of discriminative behaviour.

Dr Dare originally lost her tribunal case in September 2014 as a result of a legal technicality that prevented her claims from being considered to have been made in in good faith. However, this technicality was removed from UK employment law since then.

Following the initial ruling the NHS sought to win back the costs it accrued during the legal process, which meant that Dr Dare would have been made to pay back as much as £100,000. However, this was prevented from becoming a reality when judge ruled this unfair at a second tribunal held shortly after the original ruling last year.

With the technicality now void the trust has been forced to admit that Dr Dare “made a disclosure in the public interest about the bullying and harassment of the staff of the [trust] and that this disclosure was made in good faith”.

The trust also paid Dr Dare £10,000 in reparation for the financial costs she paid during her legal struggle.

After the tribunal verdict Dr Dare spoke of her relief:

“I can’t quite express how overwhelmed I feel. This has always been about patient care and staff welfare, which is what whistleblowing should always be about. I never deviated from that so I feel exonerated at last. The trust has spent an obscene amount of taxpayers’ money fighting me. I never acted in bad faith and that was what the case was all about. This has always been about my integrity and the fact that I raised concerns about patient care as a clinician. If you bully staff, patient care will be affected.”

Dr Dare also expressed hope that the result of this case could help other employees gain the confidence to speak out about NHS corruption. With 3,160 staff currently working in the West London Mental Health NHS Trust, and with approximately 700,000 patients being cared for, there is concern that there are many other cases of bullying and harassment being overlooked.

Despite the trust acknowledging Dr Dare’ made her claim in good faith, the organisation did not give a full apology and pointed out that there are a “number of ways in which staff can raise concerns safely” which she should have undertaken before launching an external legal evaluation.